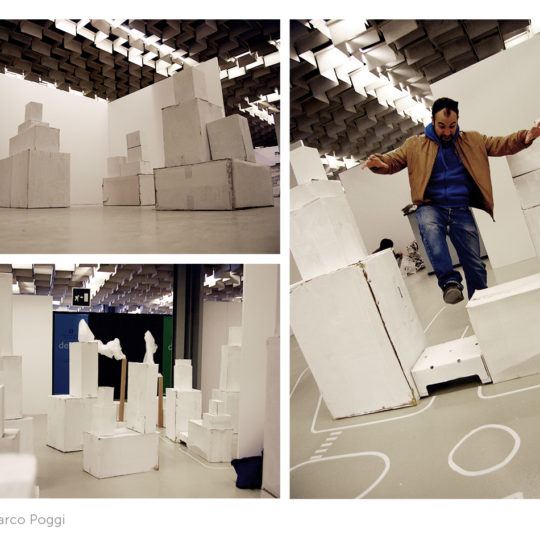 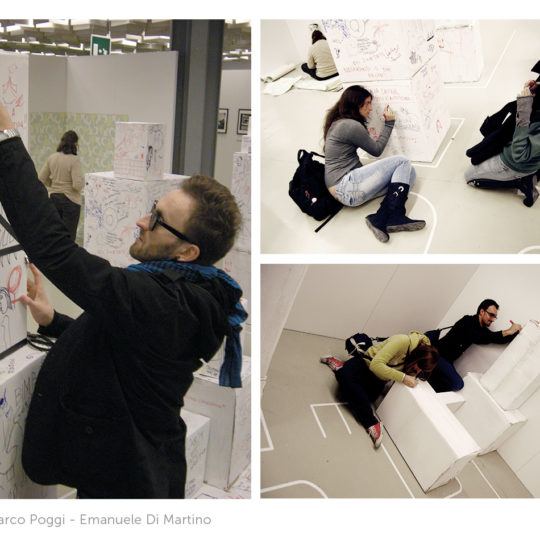 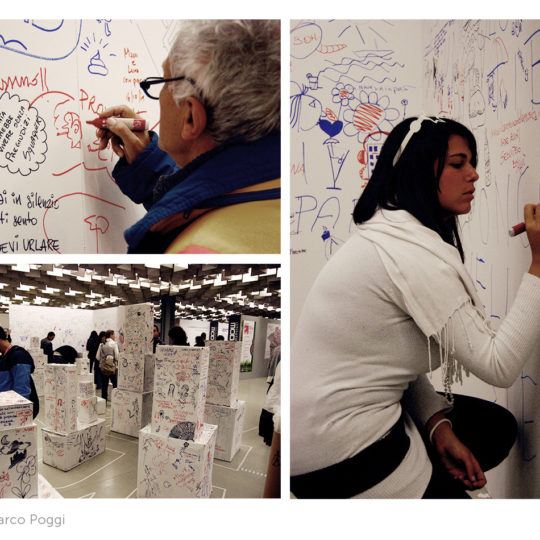 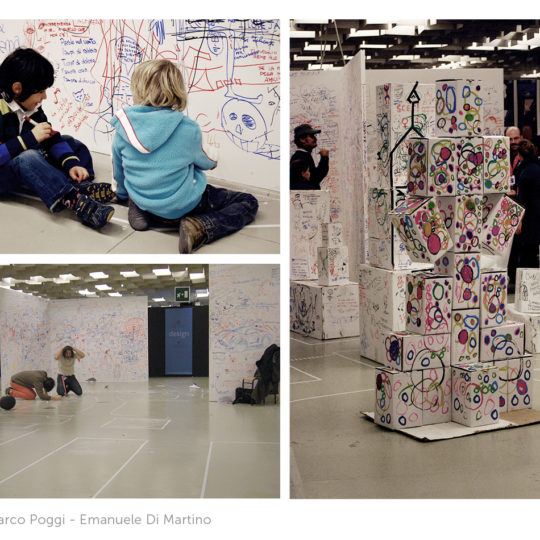 Florence Creativity is an annual event organized in Florence at Fortezza da Basso. Every year the festival brings together a large number of selected exhibitors offering the best of their research and sharing their experiences, with the aim of creating an environment of stimulating creative sharing.

In 2009, as part of the theme “The city”, an installation of about 100 square meters was created on an idea of M.Toccafondi, M. Poggi and L. Tasselli, and with the collaboration of a well-fed group of students and professionals.

The concept was to build a dynamic, evolving city that people could shape with their intervention. This is how a city of white dyed cardboard boxes glued together with double-sided adhesive tape and hot glue was born. Once the fair began, people was given a chance to leave a mark, a thought or a message about the city using some large markers.

The installation was very successful, and by the end of the second day the city became saturated. In the crowded city people expressed and interacted so intensely that, in the end, the urban environment expanded along the walls and into the most unthinkable places.

On the third day the installation also saw the participation of “Associazione Sipario”, which promotes the diffusion of the culture of integration and social inclusion of intellectually and / or sensory disabled people. The group had it’s chance to have fun by painting a part of the city.

On the final day, the group of “Arch costruendo” students led by S. Ortenzi entertained the public with a closing performance that represented the emptying of the city. Among the various personalities who visited and appreciated the stand, mention should be made of M. Ruffilli, G. Lotti and of the Lombard artist No Curves, among whose latest deeds the cover of the Dampyr published for Lucca Comics and games 2018 and that of the album Anarchytecture (2016) by Skunk Anansie.